MASTER
Home
About
Get There
Tickets

Join us for "The Producer's Role" - what it is and, equally important, what it is not.  Prompted by questions from the community about the responsibilities of a producer, we asked REAL producers of various backgrounds and experiences, to share their knowledge.

At this event, we will address the general questions of:

We will also discuss training, challenges and the most important things you should have in your toolbox to be a successful producer.

Nadine Patterson is an award winning writer/producer/director and educator who works at the crossroads of narrative and documentary cinema. She earned a Master of Science in Instructional Media at West Chester University and her Master of Arts in Filmmaking at the prestigious London Film School. She operates the production and consulting company Harmony Image Productions with her mother, producer Marlene G. Patterson. Their films, including Moving with the Dreaming, Anna Russell Jones, and Tango Macbeth, have screened on public television and at film festivals around the world. Their current work, the Harriet Tubman Haiku Film Project in collaboration with the great world poet Sonia Sanchez is in production in Philadelphia.

Jason Pinardo's credits include This Is Us, Taken 3, Life Like, aka Wyatt Cenac (Emmy nominated), Release (premiers at Tribeca Film Festival next month), Wicked Blood (premiered at Santa Barbara Film Festival), Spy Intervention, I Am Dick Gregory, Annabelle Hooper and the Ghost of Nantucket, and The Pretenders.

Kathryn "Kaye" Smith Pyle is a documentary filmmaker and Sundance Institute Fellow. She is currently Director-Producer of Sisters, a documentary film project about racism in white college sororities.  She was a Producter of feature-length Children of Memory (2012); Director-Producer of Farm Labor (2013), an online short film and website project about seasonal workers, and is a consulting Producer for Almost Sunrise (2016) and Border South (2019).

Shannon Sun-Higginson is a documentary producer and director whose credits include GTFO (2015), a documentary about women in the video game industry (which premiered at SXSW and was featured in the NYTimes), and television programs No Reservations on the Travel Channel, Parts Unknown on CNN, and The Contenders on PBS. Her current feature documentary, entitled The Witman Project, is about a 1998 murder case in rural Central Pennsylvania. 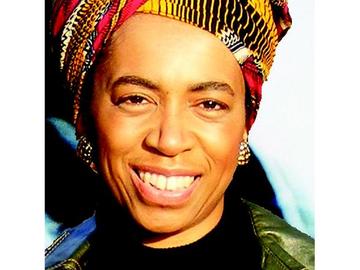