MASTER
Home
About
Get There
Register

Join Jonathan Olshefski and Sabrina Schmidt Gordon, filmmakers of the successful, Philly-filmed, documentary QUEST to explore the origin of the film, new ground in storytelling, ethics and the politics of storytelling. We’ll view clips to show the evolution of the film and you’ll learn the #1 tool that secured their funding. A chance for directors, producers, crew and anyone else interested in documentary film, to get expert insights.

See the QUEST trailer here. If you have not already seen the documentary QUEST and want to watch it before the event, you can rent or buy it on iTunes here.

ABOUT QUEST: An intimate documentary film that captures ten years in the life of a family living in North Philadelphia. Filmed with vérité intimacy for nearly a decade, QUEST is the moving portrait of the Rainey family living in North Philadelphia. Beginning at the dawn of the Obama presidency, Christopher "Quest" Rainey, and his wife, Christine'a "Ma Quest" raise a family while nurturing a community of hip hop artists in their home music studio. It's a safe space where all are welcome, but this creative sanctuary can't always shield them from the strife that grips their neighborhood. Epic in scope, QUEST is a vivid illumination of race and class in America, and a testament to love, healing and hope.

ABOUT Jonathan Olshefski, Director of QUEST: Jonathan Olshefski is an artist and documentary filmmaker.  In 2017 he was named as one of 25 New Faces in Independent Film by Filmmaker Magazine and mentioned in the New York Times as one of “The 9 New Directors You Need to Watch.” In 2018 he received the “Truer than Than Fiction Award” at the Independent Spirit Awards and was selected for a Pew Artist Fellowship.  Olshefski strives to tell intimate and nuanced stories that honor his subjects’ complexity by employing a production process that emphasizes collaboration, dialogue, and relationship in order to amplify their voices and reflect their points of view in an artful way.  He has an MFA in Film and Media Arts from Temple University and is an Associate Professor at Rowan University where he teaches in the department of Radio, TV, and Film. He lives in Philadelphia with his wife and two sons.

ABOUT Sabrina Schmidt Gordon, Producer of QUEST: Sabrina Schmidt Gordon is an award-winning documentary filmmaker. Her editing debut won an Emmy for WGBH’s “Greater Boston Arts” series and she has continued to distinguish herself as a producer, editor, and now, director. She is the Co-Director/Producer and Editor of BaddDDD Sonia Sanchez, winner of Best Film Directed by a Woman of Color at the 2015 African Diaspora International Film Festival. Sabrina is also the Co-Producer and Editor of DOCUMENTED, the story of Pulitzer Prize-winning undocumented journalist, Jose Antonio Vargas. The film had record viewership for its CNN broadcast, received Oscar buzz, and was nominated for the NAACP Image Award for Best Documentary Film. Other credits include Hip-Hop: Beyond Beats and Rhymes, which premiered at the Sundance Film Festival and was named in the Chicago Tribune’s “Best Documentaries of 2007, The New Black, and The New Mad Men, which won the 2015 Imagen Award for Best National Informational Program. Sabrina is on the board of the Yale Visual Law Project with Fred Wiseman and Alex Gibney, and teaches documentary filmmaking at the Columbia University School of Journalism and the CUNY Graduate School of Journalism.

Prince Theater Parking Info: The Prince Theater offers discounted parking to attendees/patrons: Prince patrons can park for just $15 at the garage under Liberty Place, entrances on both 16th and 17th Streets, between Market and Chestnut Streets. In order to receive this discount, you must park in the Liberty Place garage, and pick up a “chaser card” at the Prince box office when you arrive at the theater to attend the performance. When used in combination with the parking facility’s own ticket, this chaser card will reduce the price of your parking to $15, for a period up to 12 hours. Please ask at the box office for detailed instructions on how to use the “chaser card.” 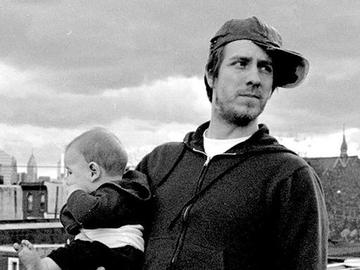